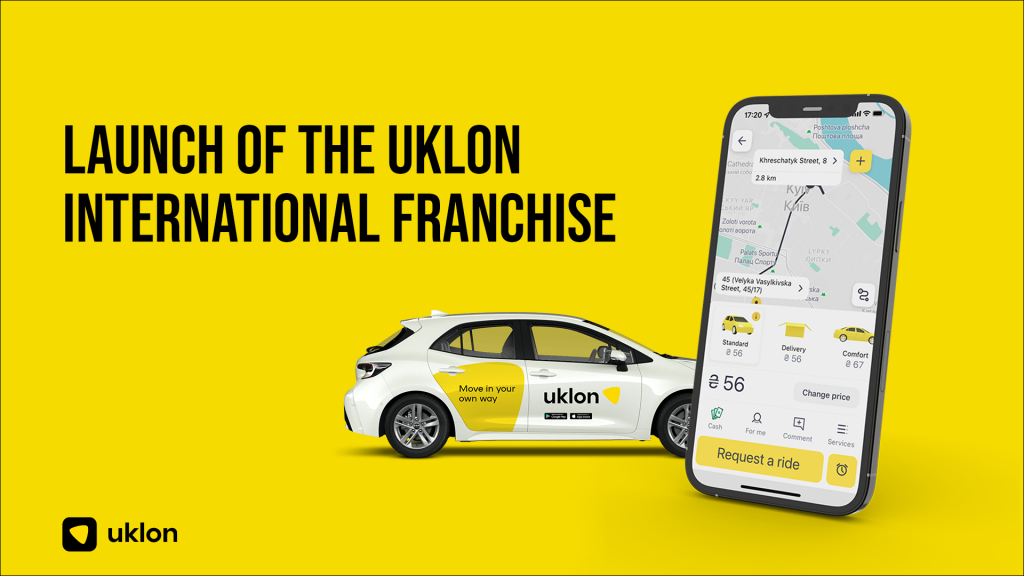 Ukrainian IT company Uklon, the developer of the eponymous taxi service, is launching a franchise to accelerate the company’s scaling through global expansion into new markets.

The franchise package includes access to “franchise book”, as well as modern Uklon software (Uklon Driver and Uklon Rider applications, flexible CRM models). In addition, the cooperation includes marketing and IT support, consulting support and a unique brand book with a developed identity and the ability of local adaptation.

The stages of launching the franchise:

As an example of a franchise launch scenario, with an investment of €1 million, operating profit comes in 2.5 years. Such a calculation depends on the specifics of the local market, in particular the population and the average check.

Since the beginning of the full-scale war, the company’s plans to launch a franchise have receded into the background. The main areas of work were the support of the army, volunteers, assistance to Ukrainians with evacuation to other cities and the preservation of the Uklon team.

Currently, Uklon is planning to expand the franchise abroad and is interested in the Baltic States, Poland, Slovakia, the Czech Republic and others. It is convinced that the Ukrainian brand Uklon is ready to boldly write its international history, so that the support and assistance to those who need it can only grow.

“I very much hope for the support of our partners in Ukraine and abroad who are interested in the franchise or are ready to share information with potential franchisees. In 12 years, the company has developed a product that has become part of the urban life of many Ukrainians, and we are ready to share the success of our product and become representatives of Ukraine in the arena of international business,” – said Serhiy Smus.

Find more info about the cooperation and terms of the franchise at: https://uklon.eu/franchisee/